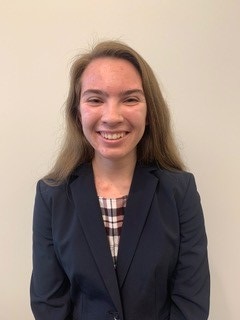 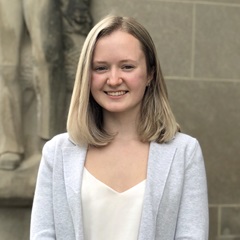 Gwyneth Schloer is a rising senior at Virginia Tech pursuing bachelor’s degrees in mechanical engineering, economics, and Spanish. Outside of the classroom, Gwyneth serves as lead of a nondestructive inspection undergraduate research project titled acousto-optic nondestructive inspection. As the name suggests, her team is developing a novel system that functions by categorizing the scattering of acoustic surface waves via an interferometric scan in order to create a map of subsurface flaws and defects in a test specimen. Outside of undergraduate research, Gwyneth also serves as Project Manager for a Virginia Tech CubeSat design team called inspireFly. This team allows her to explore her passion for aerospace engineering in a fast-paced, hands-on environment. Their first launch is scheduled for the year 2022.

In order to gain more experience in industry, Gwyneth works for the Northrop Grumman Tactical Space Systems Mechanical Analysis team full-time during breaks and part-time during school semesters. She has performed analyses on various spacecraft including the Cygnus and the HALO project. Additionally, Gwyneth enjoys giving back to her community when she can. As President and Tournament Director of Science Olympiad at Virginia Tech, Gwyneth oversees an annual science and engineering competition for over 450 middle and high school students. In her free time, Gwyneth enjoys hiking, weightlifting, and wakesurfing.

Recently, Gwyneth was admitted into both the Virginia Tech Accelerated Master of Science in Mechanical Engineering (MSME) program and the Virginia Tech Master of Science in Business Administration and Business Analytics (MSBA-BA) program. She will be graduating with her dual master’s degrees in the spring of 2023. After college, Gwyneth hopes to continue working in analysis in the aerospace industry. 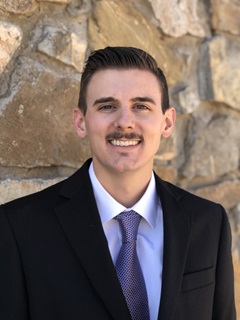 Stetson Watkins is an engineering student at Embry-Riddle Aeronautical University, NDT technician for Virgin Galactic, and NDT Engineer Intern at NASA. He received his associate’s degree in quality control management after completing the NDT program at Spartan College of Aeronautics & Technology. He started his career in Fort Lauderdale, FL performing NDT on business jets. His experience in Florida led to employer-based Level II certifications in PT, MT, ET, UT, and RT - with exposure to bond testing and optical prism inspections.

After working in Florida for nearly three years, Stetson relocated to New Mexico to support the United States Air Force at Holloman Air Force Base performing NDT on F-16 jets as a government contractor. In 2019, Stetson started his current role as an NDT technician for Virgin Galactic. Stetson currently holds three ASNT NDT Level III certifications (MT, UT, RT) and, upon completing his engineering degree, hopes to work as an NDT engineer in the aerospace industry.