Twenty-two members and guests attended the Connecticut Yankee Section meeting on 7 May at the Groton Elks Lodge. In attendance were several engineering students and faculty from Norwich, Connecticut’s Three Rivers College, members from the Boston Section, Narragansett Bay Section and guests, as well as Larry Mullins, the ASNT regional director for Regions 1 and 2. The speaker of the evening was Section Chair John P. Moran, quality manager, Doncasters Precision Castings. The schedule of events for the evening included the election of officers for the 2014–2015 year, a reading of the financial report, an outline of the ASNT web page and links for members to access, and event reports including the Section Leaders Conference and the Digital Imaging Conference, in Warwick, Rhode Island. Prior to the presentation, visiting college students and the members from the neighboring sections were recognized. Fellow and past Chair Patrick L. Shank, retiring as Section secretary, was recognized for his work in ASNT. 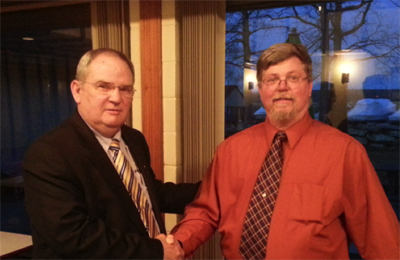 The Greater Houston Section was honored to have more than 150 guests and members, along with 40 vendors, for its annual Vendors Night during the April meeting. This year’s event was strategically scheduled the day after the Section’s annual golf outing, which once again was a great success.

The evening was held at Brady’s Landing on the Houston Ship Channel Turning Basin, on 9 April. It started with a buffet meal, socializing and networking.

The Vendors Night is always a welcome meeting because it gives all of the Section’s diverse members the opportunity to have open discussions with the representing vendors while providing new and established vendors the occasion to introduce new product lines to the frontline nondestructive testing personnel of the area. The Section’s gratitude goes out to all of the vendors and all that attended this year’s Vendor’s Night. 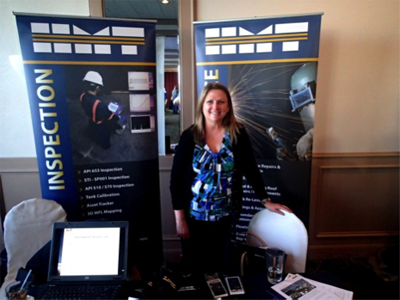 On 13 May, the Old Dominion Section held a joint meeting with the Hampton Roads Section at Catalina Cylinders in Hampton, Virginia. Ten members and guests from each section attended the meeting. Attendees were given an introduction to Catalina’s process by James Goodill, the plant manager, followed by a tour of the plant led by Goodill and one of his engineers, Alex Hackney. During the tour the group observed the manufacturing process and the various nondestructive testing techniques used in its quality control processes. Overall, it was a successful meeting.

The eighth technical meeting of the Pacific Northwest Section for the 2013–2014 program year was held on 14 April at Vino at the Landing, in Renton, Washington. Dave Crocker, of Sentinel QSA Global, Inc., gave an energetic presentation on using gamma sources with computed radiography. He was joined for dinner by 20 members and four students. Nominations for the 2014–2015 officers were also conducted. 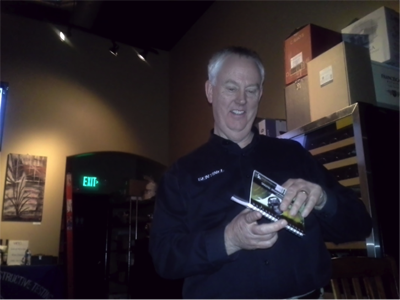 EN 1435 has two levels designated for radiography, A and B, with level B being more restrictive. Where ASME Section V allows some variance in source energy levels, film types, unsharpness and so on, EN 1435 specifies more closely the requirements for the variables used.

For instance, the focal film distance used in EN 1435, level B restricts the width of the area being radiographed between station markers when they are projected onto the image through to the film side.

In a quick comparison, the level A of EN 1435 would parallel ASME Section V in most respects, while level B becomes more exacting in its requirements.

The Section would like to thank Evans for sharing his expertise on these two different specifications.

The Saudi Arabian Section held its 11th technical dinner meeting for the fiscal year 2013–2014 on 12 May at the Carlton al Moaibed Hotel in Al Khobar, Saudi Arabia. The meeting was attended by 90 members and guests and was sponsored by the Section.

Section Board Chair Mohammed A. Al Salih started the meeting with a welcome and announcements. He mentioned the Section Level III exams in October. Those interested were advised to contact Program Chair M.J. Anjum for more details.

During the last part of the meeting, door prizes were distributed to the lucky raffle winners. After the drawing, all in attendance enjoyed a buffet dinner served by the Carlton al Moaibed Hotel.

Saudi Arabian Section Chair Mohammed A. Abu Four gave a presentation concerning the nondestructive testing of composites during the May Section meeting. After the presentation, a question and answer session was held and an appreciation plaque was presented to the speaker. 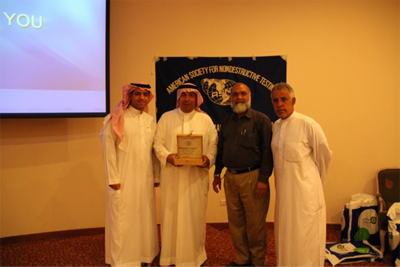