In June, the Hampton Roads Section ended the year with its annual golf tournament. Thanks go to the Section’s sponsors and the effort of tournament director Phil Britton for the event’s success. Nine teams played, but only one team could receive the free round of golf for last place.

After golf, everyone gathered at the plantation house for lunch, prizes, and a raffle. 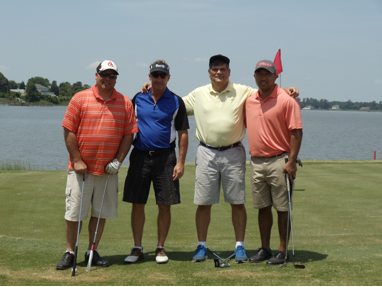 The Hampton Roads Section closed out the year with a golf outing.

The Saudi Arabian Section held its first technical dinner meeting for the fiscal year 2015–2016 on 27 July at the Carlton al Moaibed Hotel in Al Khobar, Saudi Arabia. The Section-sponsored meeting was attended by 80 members and guests.

Section Treasurer Mohammed A. Al Salih started the meeting by welcoming everyone and making announcements, including about the Level III exams to be held 4–5 December. He also presented the final brochure for the 7th Middle East Nondestructive Testing Conference, which occurred in September, which he chaired. Section Board Chair Mohammad A. Abu Four highlighted the workshops that took place at the Conference.

After the presentation, attendees enjoyed a dinner specially prepared by the Carlton Al Moaibed Hotel. 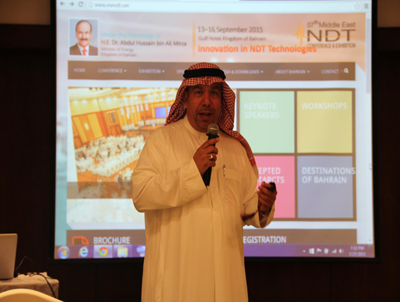